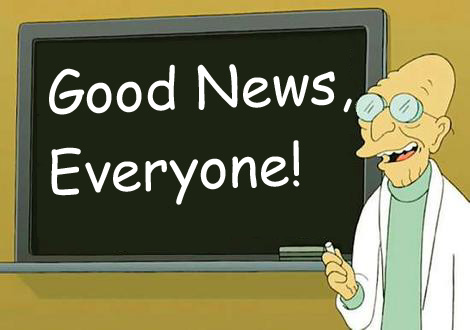 The ballots are in, and the people have spoken!

Rick Magee has been re-elected as Tripoli Prefect.

Rick O’Neil, David Smith, and John Van Norman were elected for the 3 full-term (3 year) Board positions. Mike Ostby was elected to fill the open Board seat for the remaining 2 years.

The ROC Board has elected as officers:

In addition, Veronica Kirk was appointed to fill the opening created by a recent Board member’s resignation (due to work travel requirements).

On behalf of the Board, Officers, and club, I’d like to thank all the people who stepped forward this year. Whether selected or not, your willingness to serve is appreciated!

I’d also like to thank the outgoing board members, Greg Lyzenga, Allen Farrington, and Lee Scott, for their service. Hopefully you’ll be able to enjoy the fruits of the time and effort you’ve put in on behalf of the club at the next launch you attend :-)

Mike
ROC Board Member and Secretary

As previously announced, ROC is going to simplify Executive Memberships and starting in 2015, they will run January to December. There will be no pro-ration for partial years, as the fee is only $60 (cheapest date in town) for 16 launch days per year! Executive members will still pay the $5/day fee that gets passed directly to the BLM for any days that they fly. If you fly every day that ROC is on the lakebed, you will pay a total of $140 for a year of flying! That’s cheaper than coffee and helps to sustain the club by providing working cash to maintain the equipment.

The new membership cards will feature a ROC design, your name pre-printed (if you join before April 30th), and you will get both a wallet card and a card that can be punched and hung around your neck. Everyone who joins will be eligible to pick up a fancy lanyard to hang their card from registration while supplies last. When we run out of lanyards, you can get a ROC sticker. If we run out of stickers, well, you’re just out of luck!

We hope that everyone understands that maintaining the membership rolls takes time away from the hobby for the person that fulfills that role for the club, so we’re trying to lessen the burden and simplify so that there’s more time for flying!